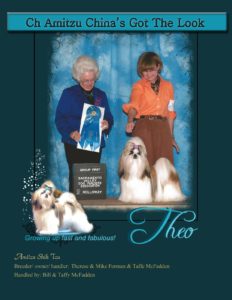 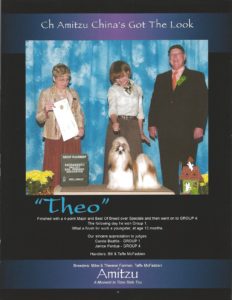 Excited that “Theo” Grand CH. Amitzu China’s Got The Look acheived his 1st group placement the same day he got his AKC American Championship, over several champions and one national top ranked this weekend. Then the next day he won a Group 1 ! ! ! all at the age of 13 months old. Growing up Fast & Fabulous!!

His next weekend out he finished his Grand Championship and again acheived another Group 4 placement. Love this dog!!

Theo is a son of:

Email us anytime at amitzushihtzu@sbcglobal.net 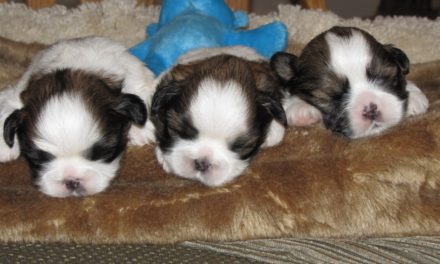 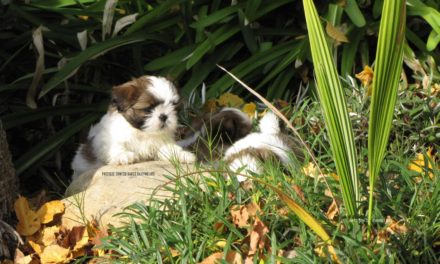 Buy Your Puppy with Care!